Mrs Hill – This was a slow leak so wasn’t immediately noticeable. This had caused damage to the window lintel and the kitchen wall units. 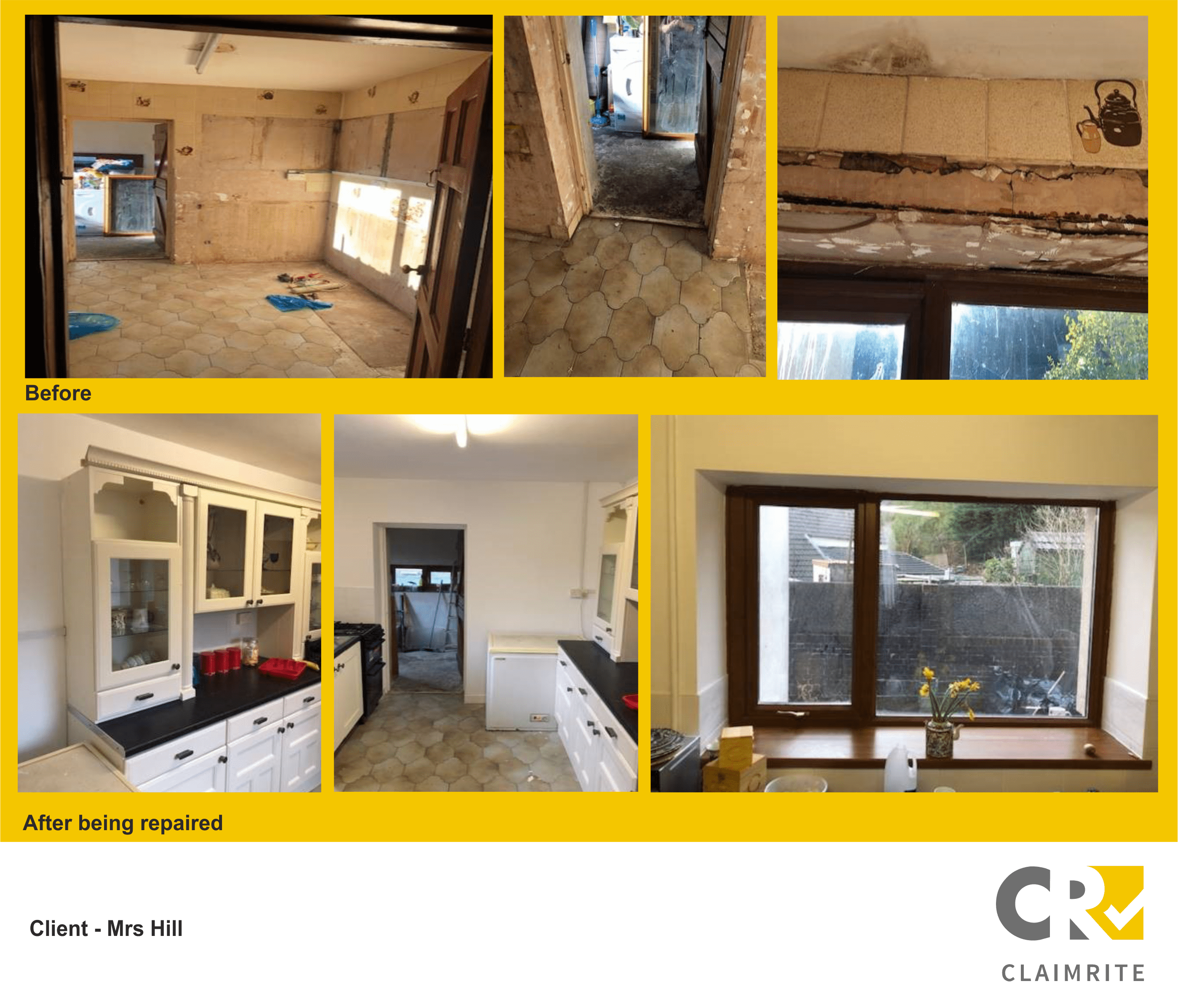 The leak only became apparent when the plasterboard and tiles above the window fell down.

The client inspected her insurance policy and thought her excess to be higher than it was. She looked at her subsidence excess which was £1000. She proceeded to rip her kitchen out herself as to save the costs on a new kitchen being installed. We were given this referral by the waste removal company who know of our work and asked us to call her to see if we could assist.

We weren’t quite prepared for the amount of work the client had done herself considering she is elderly and lives alone. The pictures we have taken are not midway through our job but what she had done herself and were taken on our initial site visit. Whilst this is admirable, this had destroyed any evidence of the damage to the kitchen units as these had been removed and disposed of which left us in a difficult situation of how to present the claim to the insurers with the lack of evidence.

We submitted the claim to the insurers with the evidence we had gathered such as a report from the plumber to show the leak and also given the severity of the damage it had caused to the plaster around the lintel, based on the balance of probability, that much water would have also caused damage to the units. This was further evidenced by the water staining on the ceiling giving and an indication of where the water was settling and falling.

Insurers agreed with the claim after much consideration and arguments presented by us but only offered a settlement of £1,250.00 which was not enough to cover the cost of a replacement kitchen, new ceiling, tiles, re-decoration and installation of gas and electric appliances.

We managed to secure settlement of £3,712.00 which equates to a 197% increase on the original offer and arranged for a contractor to complete the works.

The claim took 6 months to settle and we didn’t think this could be done in time for the client to have her kitchen back for Christmas but, it was agreed and the contractor got everything done 2 days before Christmas and even working into the evenings to ensure this was complete.

Mr Taylor – Someone broke into his property and vandalised it, as well as stealing copper piping. Learn More.

Mrs Ward – Escape of water from the bathroom sink, causing damage to the ceiling. Learn More