Mrs Ward – Escape of water from the bathroom sink, causing damage to the ceiling. 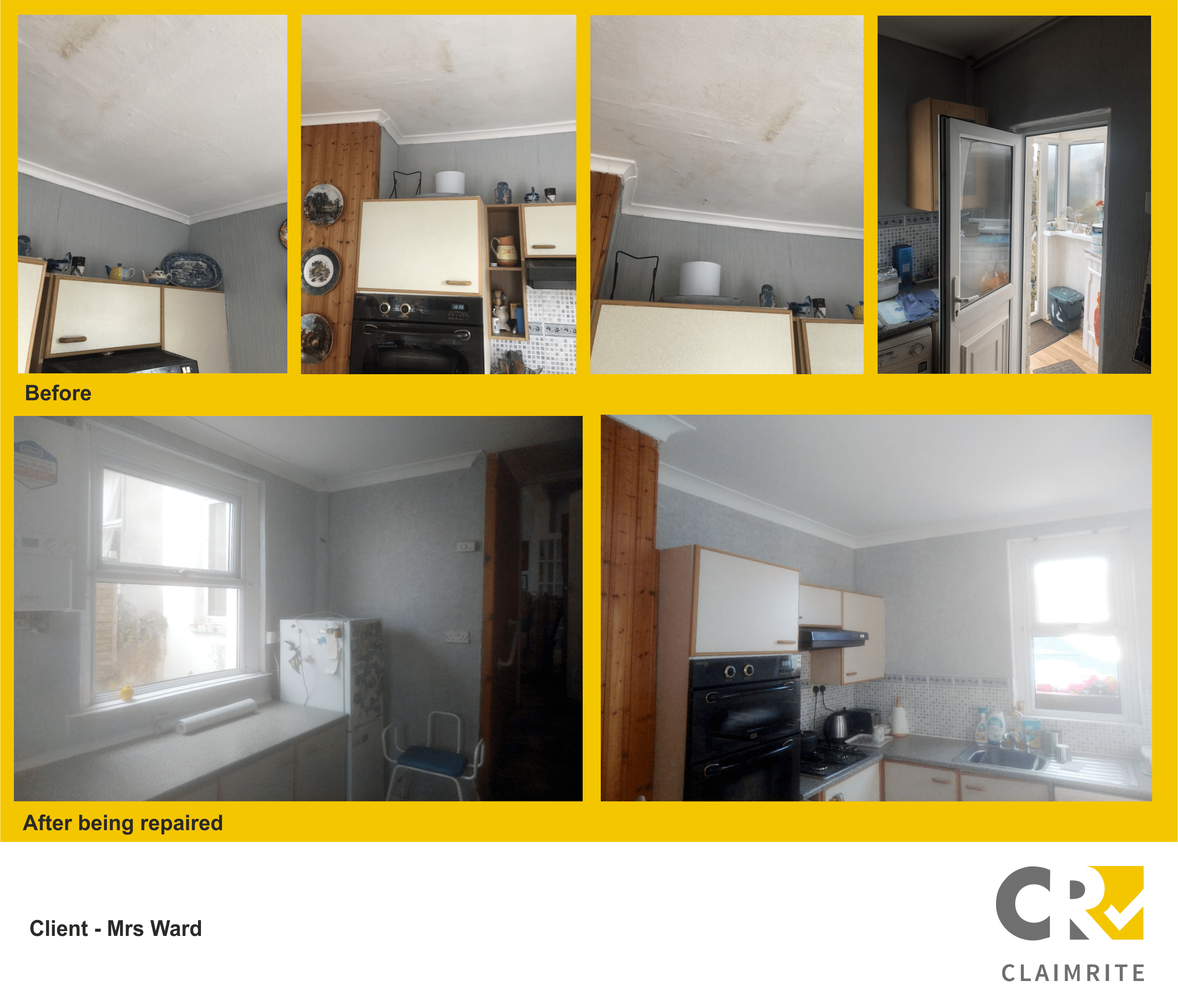 We dealt with the claim in its entirety for the client and they carried out their exercise of cost comparison to their own costings. Our estimate was placed at £1611 and their insurance companies costings came back at £858.

We argued the case with the insurers who agreed to raise the rates to our costings of £1611, almost double to what they were originally going to pay out meaning the client could have their works done and be put back into the same financial position she was in before the incident occurred.

Mrs Hill – This was a slow leak so wasn’t immediately noticeable. This had caused damage to the window lintel and the kitchen wall units. Learn More

Mr Taylor – Someone broke into his property and vandalised it aswell as stealing copper piping. Learn More.