Mr Taylor – Malicious damage, someone broke into his property and vandalised it, as well as stealing copper piping. 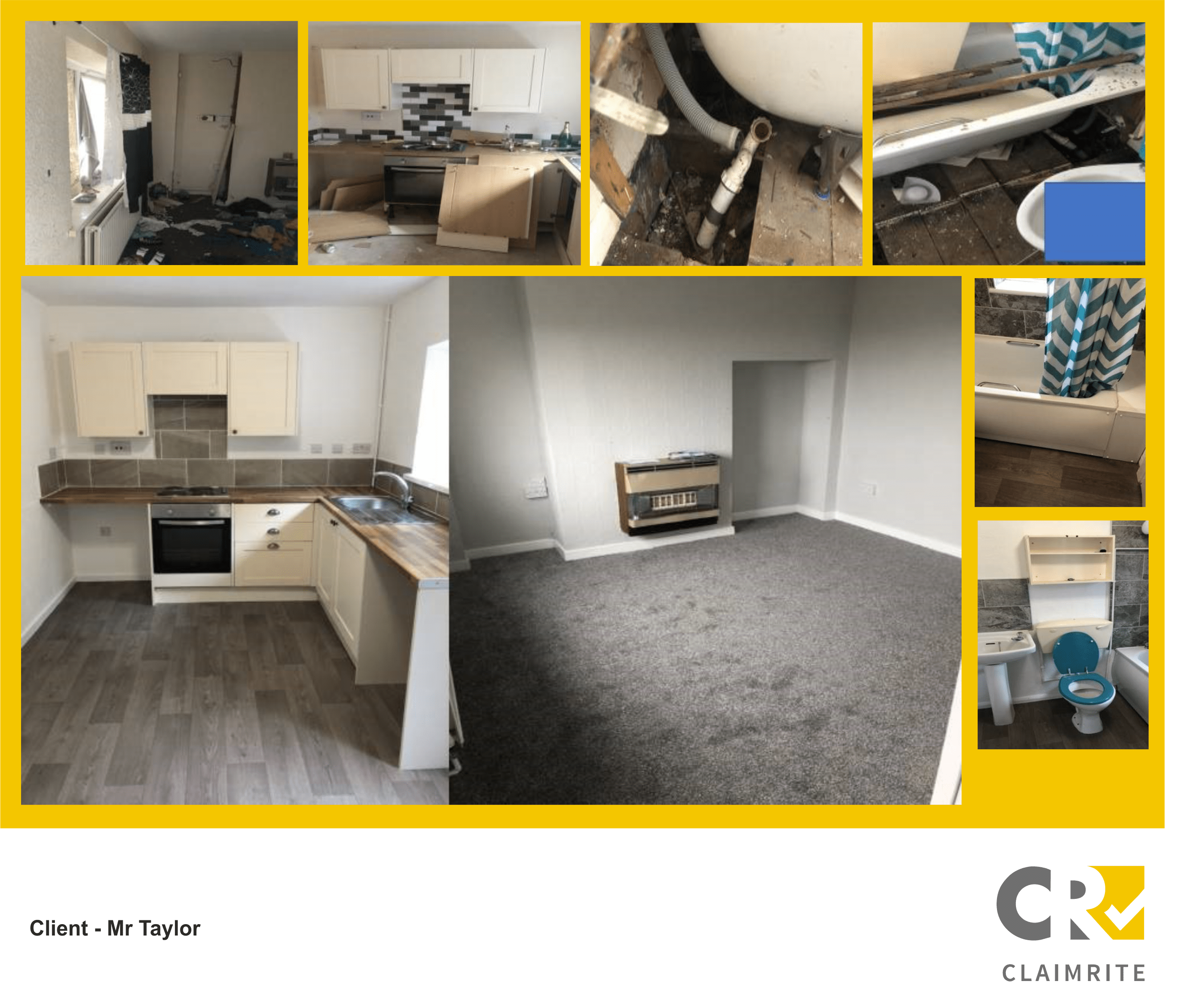 We attended the property to carry out our survey and costed the repairs to be £21,997.16. As we were dealing with the claim in its entirety, we reported the claim to the insurers who appointed a loss adjuster to attend. He attended the property and agreed with most of our findings except a full re-wire and plumber to the property stating the client was being put in a better financial position before the incident happened.

We advised that should these works not be carried out, safety certificates for the electrical and plumbing work could not be issued. Also, the works guaranteed against faults due to new components being fitted to old ones. The client was not financially better off as the works formed part of standard building regulations and needed to be done to make the property safe. The loss adjuster was only willing to offer £16,762.00

Insurance will only cover you to put you back into the same financial position. If you are benefitting from any works, this is called betterment and is something that is not covered under the policy. Whilst the client would have benefited from a new re-wire and heating system, this is work that had to be done under building regulations. The client would have had to have pay thousands for this work through no fault of his own.

Mrs Ward – Escape of water from the bathroom sink, causing damage to the ceiling. Learn More

Mr Taylor – Someone broke into his property and vandalised it aswell as stealing copper piping. Learn More.